South Wales Argus has featured Y Prentis carpentry apprentice, Brychan Lock, in their editorial entitled 'NEWPORT CITY HOMES TRANSFORMING STOW HILL ARGOS SITE'. You can read the full editorial below, or you can view the original on the SOUTH WALES ARGUS WEBSITE HERE. 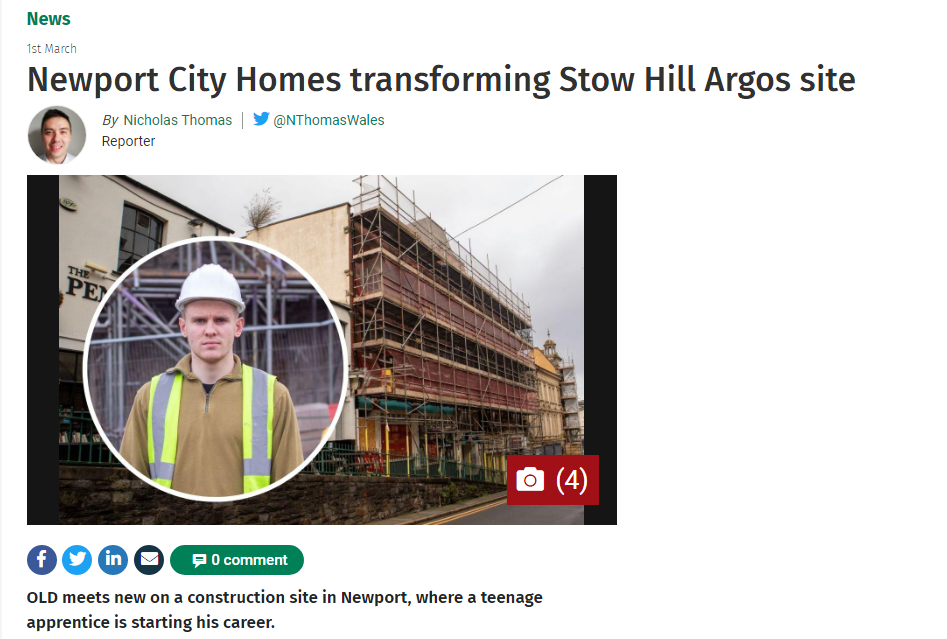 Brychan Lock, 18, is working on a conversion project to transform a 130-year-old building into a new residential space.

The 36 apartments and three commercial units are being built for Newport City Homes at the site of the old Argos shop in Stow Hill.

"It’s good, I really enjoy it," apprentice carpenter Mr Lock said of his new challenge. "Every Thursday I'm in Coleg Gwent in Pontypool where I do the theory work."

"A typical day starts at 7.30am and I help to put up joists and flooring. Then every few weeks my assessor gives a hand with my written work."

The new homes and business units will breathe new life into a mostly disused building, which has previously served as a public hall, a cinema and became the Majestic Dance Hall known locally as The Stick.

It later became a club known as Scamps, before developing into a nightclub in the 1980s called Le Beat and then Metro. It housed an Argos until 2017 and then was home to a street food events space. 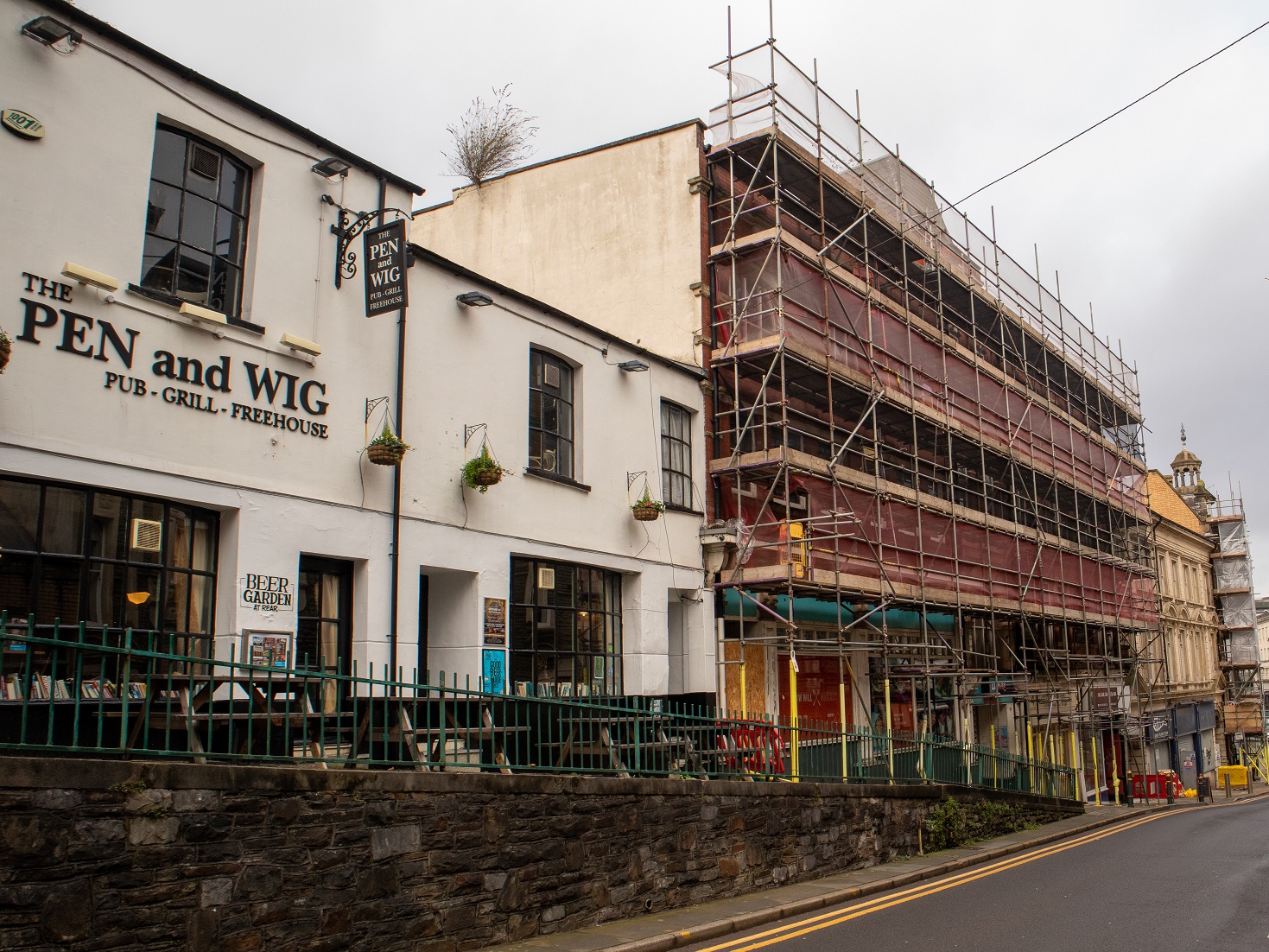 The homes are being built by the SGR Group. Mark Griffiths, construction contracts manager, said: "He’s on carpentry now but if there are quiet days he helps out with other areas."

"It’s good for him to see and learn how we all work together on a site. From day one he quickly picked up the basics as he shadowed our team."

Brychan got the role through Y Prentis, an organisation that helps find placements for apprentices on construction sites across South East Wales.

Nicola Murray, assistant programme manager from Y Prentis, said: "We were thrilled to get Brychan this placement to give him the best experience of learning on the job with time in college. He was working as a labourer last year and was keen to get into carpentry with an employer who could support him through his qualifications." 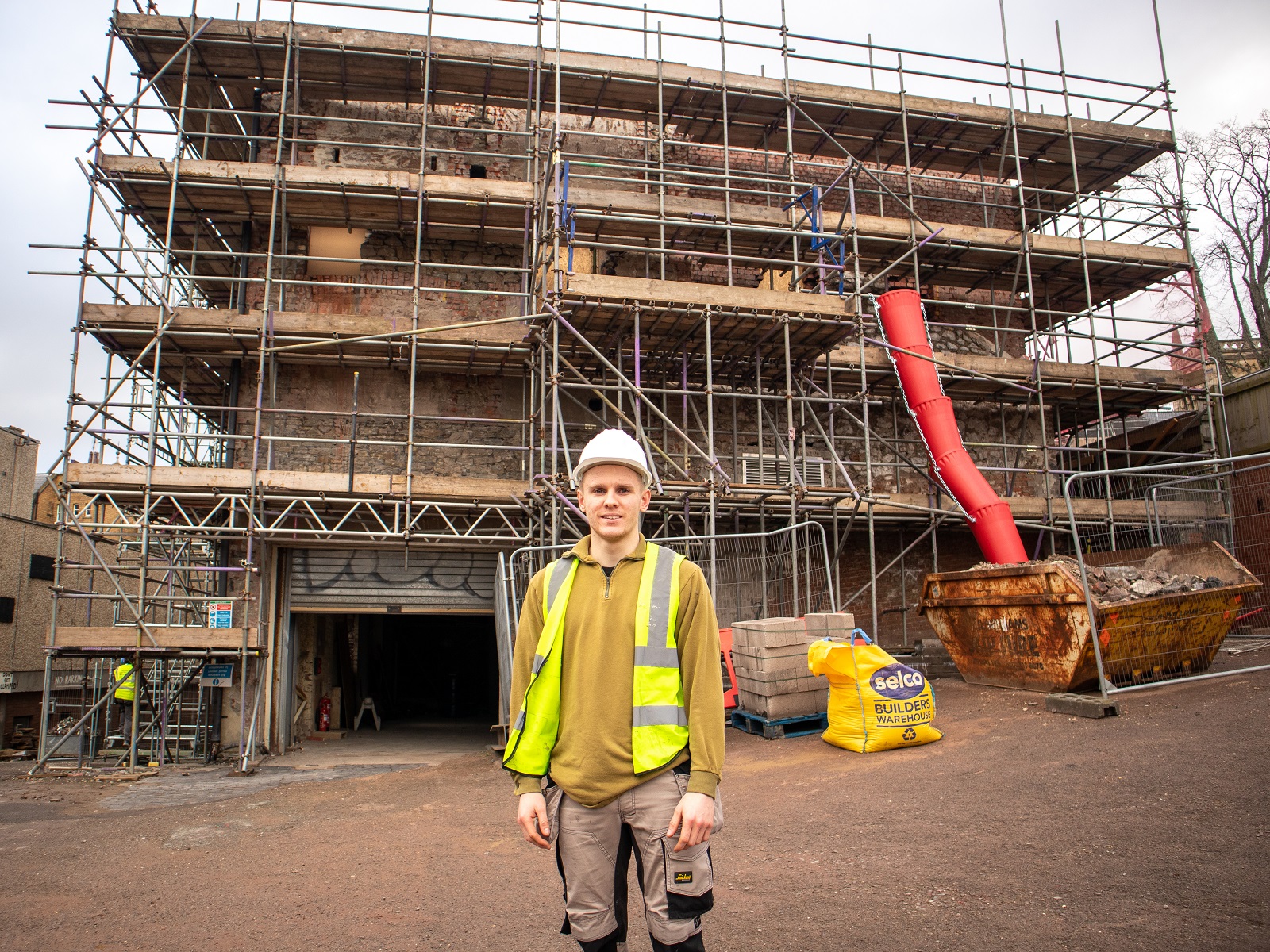