Working with Interserve to deliver opportunities for local people

The Prince Charles Hospital development in Merthyr Tydifil is a £25 million project which forms part of Cwm Taf University Health’s Board £36 million redevelopment of the hospital. Interserve have been appointed to develop a new staff changing area within the courtyard, refurbish the first-floor main switch rooms, build a new car park and carry out other external infrastructure works.

The Sixth Form College is a £20 million project in Cwmbran. It will provide a four-storey training facility which will include two atriums, performance and social spaces, classrooms with moveable walls and a safe open roof garden for students and staff to enjoy. The project is part of the 21st Century Schools and Education Programme and has been procured within the SEWSCAP 2 Framework.

During the development of both projects, Y Prentis will act as a first point of contact for a range of stakeholders, including Torfaen CBC, SEWSCAP, Skills Academy, local training providers, educational establishments and welfare to work agents. They will also be responsible for delivering a number of community engagement events to ensure that local people are fully engaged with the developments and their progress.

Email enquiries@yprentis.co.uk to find out more. 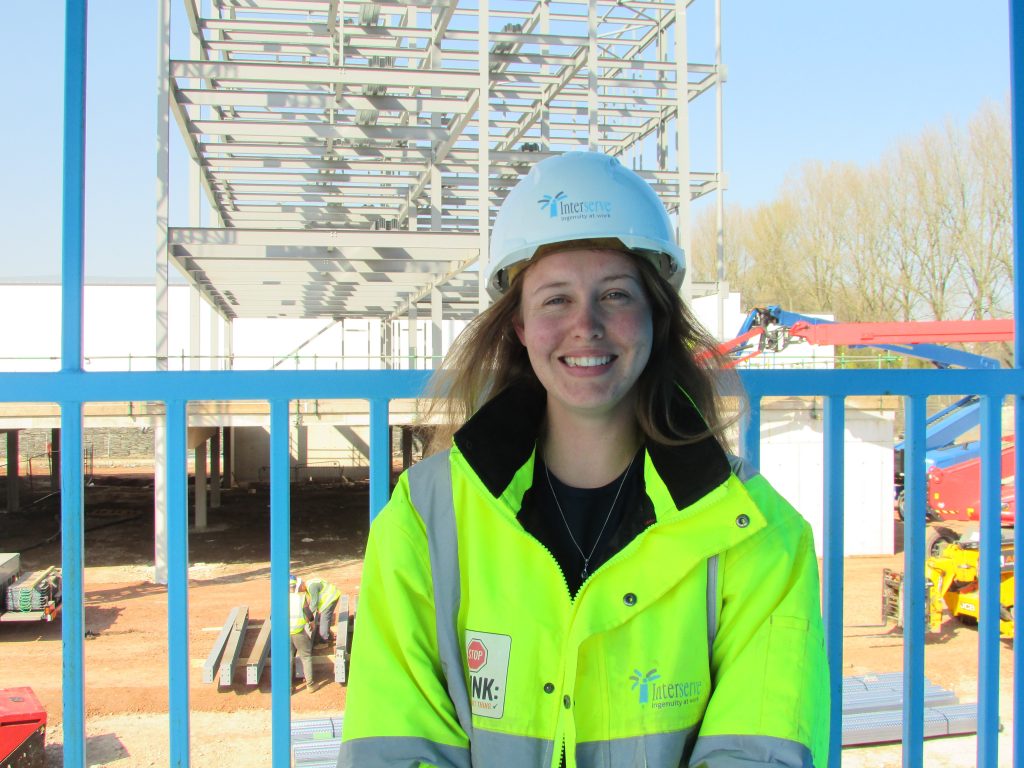 While studying for her A Levels at St John’s School in Aberdare, Anneka Thomas discovered an interest in maths and design which led to her studying Civil Engineering at Swansea University. As part of her studies, Anneka decided to take a year out to gain practical experience to support her degree and undertook a one-year placement with Interserve.

Anneka said: “At university we concentrated a lot on the theoretical side, so I wanted to make sure I got some hands-on experience. When researching placements, I found that most companies only offered consultancy placements where they would sub-contract out the actual work to be done, but Interserve offered a work experience placement that was contracting based. This meant I had the opportunity to set out the site myself, which was an area of engineering that I was most interested in.”

Currently working on the Torfaen Sixth Form college site, Anneka is gaining lots of experience that will be beneficial to her studies. Anneka said: “I’m learning a lot on my current site.  I get to see the start of the project to the finish of external work. It’s been great seeing this site go from a patch of concrete on the ground to what will be a fully built building. There is also a lot of on-going problem solving and I need to liaise a lot with other trades as the build progresses. It’s a great experience as I prefer being hands on and outdoors, but I also get to be in the office. I do enjoy that my job is a blend of both worlds - it doesn’t get boring!”

Anneka is blazing a trial for females in the construction industry.  Most days she is the only full-time female worker on site, a trend which is also apparent within her university classes. Anneka said: “I really think it’s important more females take up roles in construction. I wish more girls would give it a try. It’s not any more difficult for us to do these jobs than it is for men! The men I work with are always polite to me and take the time to listen to what I have to say.”

Matt Pavey, Site Manager for Interserve at Torfaen’s Sixth Form College development, said: “Anneka has been with us for about eight months now. In this time she has shown a great deal of promise as a student engineer and has become a respected and valued member of the team. She is a likeable and enthusiastic individual and once she has completed her degree I have no doubt that she has the potential to become a great asset to the construction industry.”

In September, Anneka will be returning to her studies in at Swansea University. She’s using the time she has left on-site to look for inspiration for her dissertation which she will be writing next year.

Anneka said: “It’s been great having a year out. It’s important to understand the practical side of the role as well as the theoretical. I’ve learnt so much about the engineering of construction with Interserve and have even done lots of additional training courses that I didn’t expect to be doing. Even if I don’t end up going into a contracting role, like I’ve been doing, I still have a much higher appreciation for the actual workings of a site. I’m also looking forward to going back to university and seeing what we’ll be studying next year. I’m really excited by the “Super Structures” module which we have coming up.”