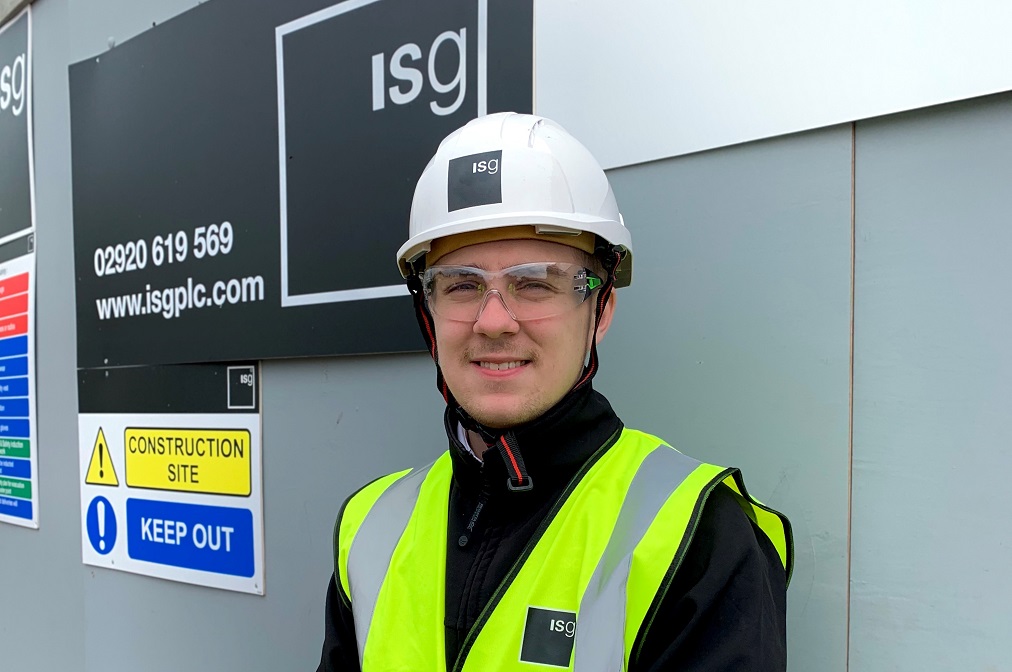 Quantity surveying apprentice, Jacob Whittle, has been shortlisted for Technical Apprentice of the Year at this year’s G4C Wales awards.

Jacob, a quantity surveying apprentice from Radyr, has been with Y Prentis since January 2018 and is currently placed with construction services company, ISG. He is currently studying towards his NVQ Level 3 in Construction and the Built Environment at Coleg y Cymoedd.

Since joining the scheme, Jacob has shown an ongoing commitment towards learning new skills and broadening his understanding of the built environment. His openness to receiving new directions has seen him build upon his knowledge of commercial processes and how they influence the wider construction business in south Wales. He also actively supports community engagement events with both ISG and Y Prentis and has played an important role in promoting construction as a career to those across the region. He also recently attended the Y Prentis Apprentice Advisory Panel, providing valuable feedback on how the scheme operates and how it could improve to support future apprentices.

Jon James, Regional Director South Wales and South West, said, “We are delighted that Jacob has been recognised in the Technical Apprenticeship category, as his hard work, dedication and drive to really make a difference is inspiring to see. We’re looking forward to supporting him further as he moves into a permanent position with us and develops his career at ISG.”

Darryl Williams, Programme Manager at Y Prentis, said, “Jacob thoroughly deserves to be nominated for this award. He has shown a dedication to both his placement and personal development and I have no doubt he will be a great asset to the industry in the future.”

The winner will be announced at the G4C Wales awards which takes place at the Senedd on Thursday 12 September.