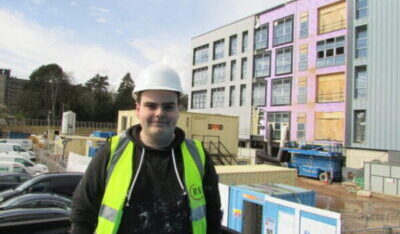 Y Prentis have been working along-side Interserve to deliver community benefits as part of Torfaen Learning Zone site in Cwmbran. The £23 million project was awarded as part of the 21st Century Schools programme within the SEWSCAP 2 Framework. The recently completed project has been handed over to client, Coleg Gwent, in readiness to open for the new academic term in September.

During the development of the project, Y Prentis worked with a range of stakeholders including Torfaen CBC, Coleg Gwent, SEWSCAP Skills Academy, local training providers, educational establishments and welfare to work agents.

One of the examples of the opportunities that were available to local people through the site is Lewis Harris. 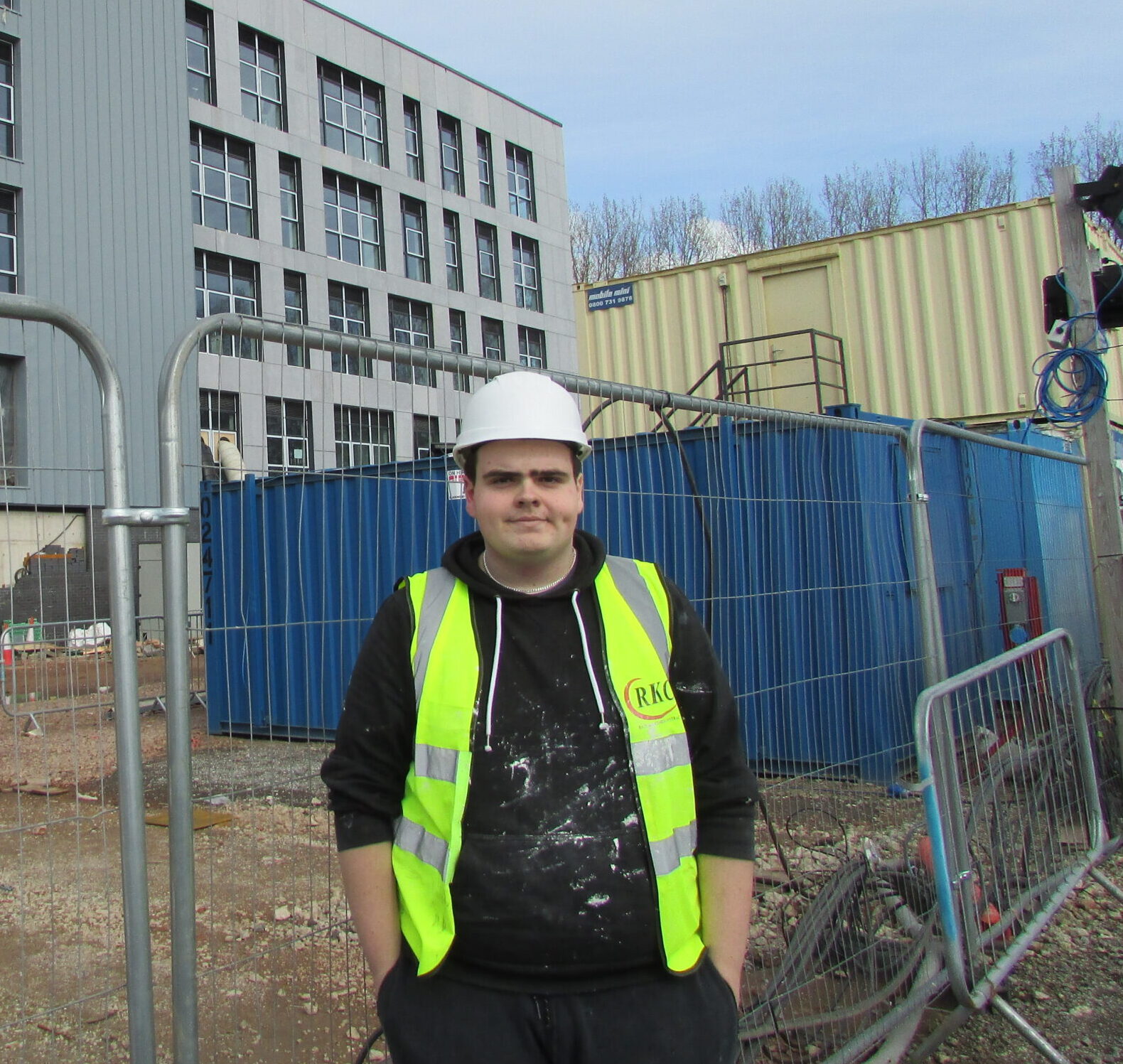 Following the completion of a multi-skills construction course at Coleg Gwent, Lewis Harris started a plastering apprenticeship with a local company. Unfortunately, after seven months the company were unable to fulfil the placement and Lewis consequently registered as a job-seeker with Job Centre Plus. After three months of unemployment Lewis was referred to Y Prentis for a work experience placement at Torfaen Learning Zone by his work coach, in order to enhance his chances of securing a career within the construction industry.

In March, Lewis undertook a two-week work experience placement with Richard Kemble Contracts in drylining, an emerging trade within the construction industry. The placement allowed Lewis to practice his plastering skills, as well as learn the basics of taping and joining. The contractor was so impressed by Lewis’s performance during his work experience placement that they consequently offered him a full drylining apprenticeship.

Lewis says “I’ve really enjoyed getting back into a routine after being unemployed. Through my previous apprenticeship, I only did domestic jobs and didn’t get a lot of experience. This site is massive in comparison and has allowed me to learn a lot more than I would have before. My apprenticeship is now letting me change my future. It’s changing my lifestyle and I’ll be able to have some independence and not rely on other people. It gives me a reason to get up in the morning, and I’m excited to go to site every day. The apprenticeship is allowing me to improve on my plastering skills, as well as learn new drylining techniques. The best part of my time with Kemble’s so far has been learning from the qualified dryliners on-site. Everyone has been really friendly and helpful, we all get on really well and I’m learning something new every day.”

John Kemble, of Richard Kemble Contracts, and Lewis’ on-site supervisor says, “Lewis has been a great apprentice with us on this development. Very hardworking and enthusiastic. His two-week work experience demonstrated to us that he’d be capable of the apprenticeship and we were excited to offer him a full-time placement with us. We’re looking forward to continue working with him on our future projects.”

Lewis will continue working towards completing his apprenticeship with hosts Richard Kemble Contracts, and has been relocated to Bouygues site at the state-of-the-art Cardiff University Innovation Campus, where he will look to carry-out the remainder of his work-based learning. Lewis says of his work experience placement, “I’d recommend taking a work experience placement to anyone who’s looking for a career in construction, it can lead to a job, makes you more employable and looks great on your CV!”