Carpentry apprentice Andrew Hardy has been named NFB Apprentice of the Year at the prestigious NFB awards held at the Belfry Hotel & Resort on Thursday 4 April. 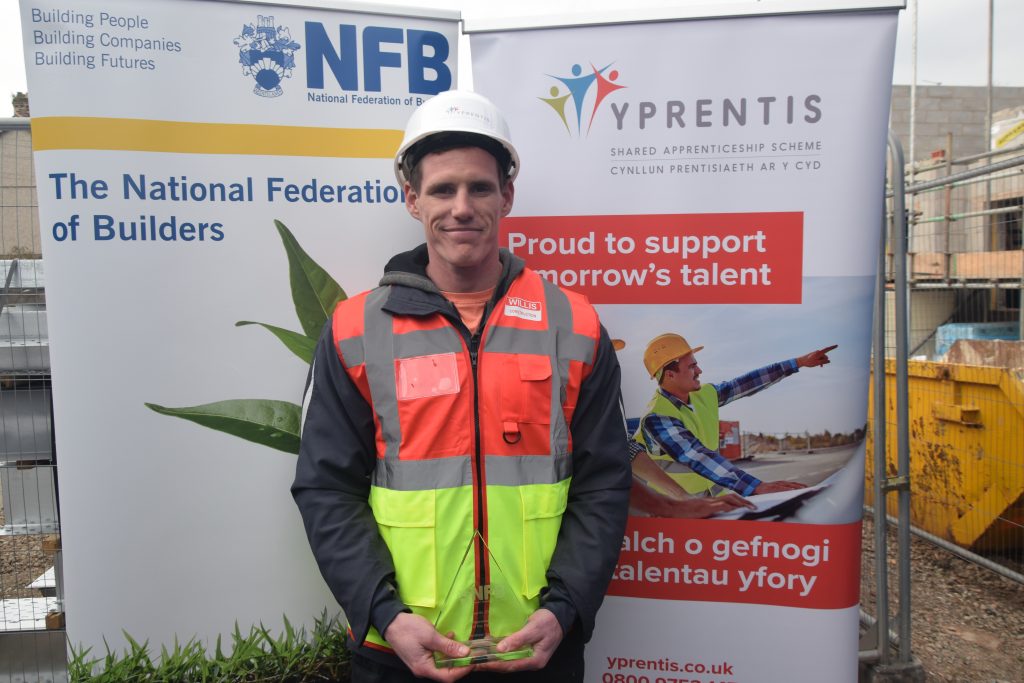 Andrew [pictured left], a carpentry apprentice from Pontypridd, is one of Y Prentis’s older apprentices who is currently placed with Willis Construction. He has been employed as an apprentice since April 2018 and is studying towards his Level 3 NVQ and diploma in site carpentry at Coleg y Cymoedd. He also takes an evening course to complete his Level 1 Diploma in Plumbing in his spare time.

Andrew said: “It feels really good to be nominated, let alone win. I’m appreciative of the support from Willis Construction and Y Prentis - it just goes to show that my hard work pays off and it’s great to be recognised for it. Willis have been a fantastic host contractor and have allowed me to get really hand on with lots of work. They give me jobs above and beyond the type of responsibility I would expect as an apprentice, which I’m really grateful for.” 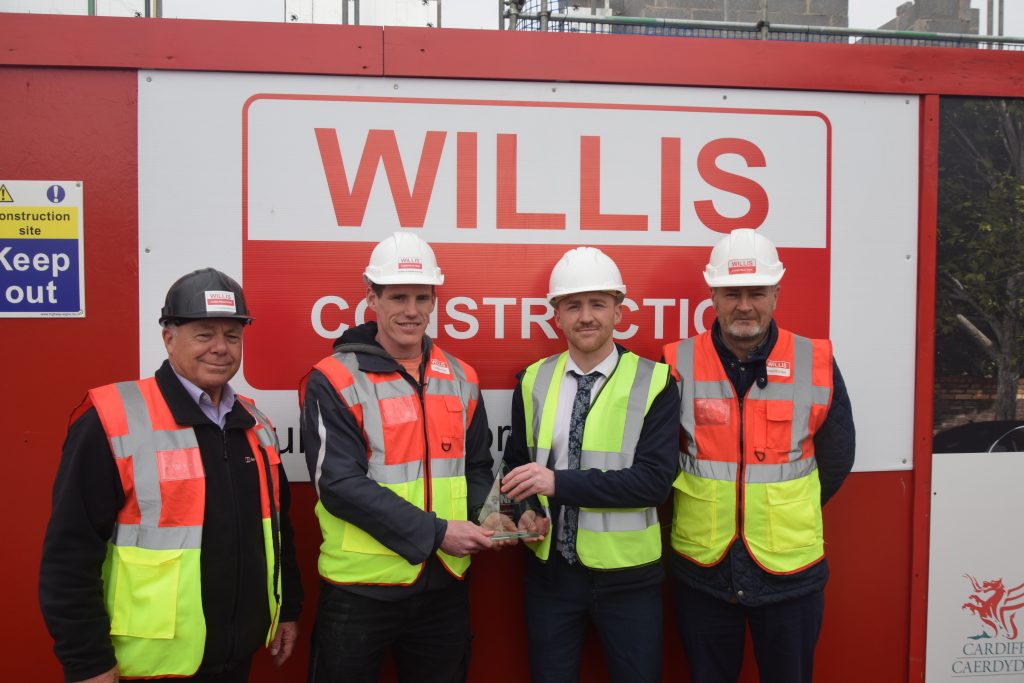 Throughout his apprenticeship, Andrew has worked on a number of sites with Cadwyn Housing Association and the Vale of Glamorgan Council. He is currently working on the development of the playgroup facilities for Wick & Marcross Primary School and is trusted by Willis Construction to carry out additional work beyond what is expected of an apprentice.

Peter Jenkins, Director at Willis Construction, said: “As a local SME with an in-house workforce, we have always appreciated the importance of bringing new people into the industry, both through direct employment and in partnership with organisations like Y Prentis. When Andrew was introduced to us by Y Prentis, he was unusual and interesting in that he had already had a career outside of the industry and had taken a brave decision to re-train. He quickly gained our respect for the commitment and maturity he displayed whilst developing his trade skills and  for adding value by seeking out additional responsibilities to utilise his previously gained and transferable management skills. We consider Andrew a worthy winner of this award and he has to be a strong contender for the Apprentice of the Year category at the FMB Cymru’s Master Builder Awards in May.” 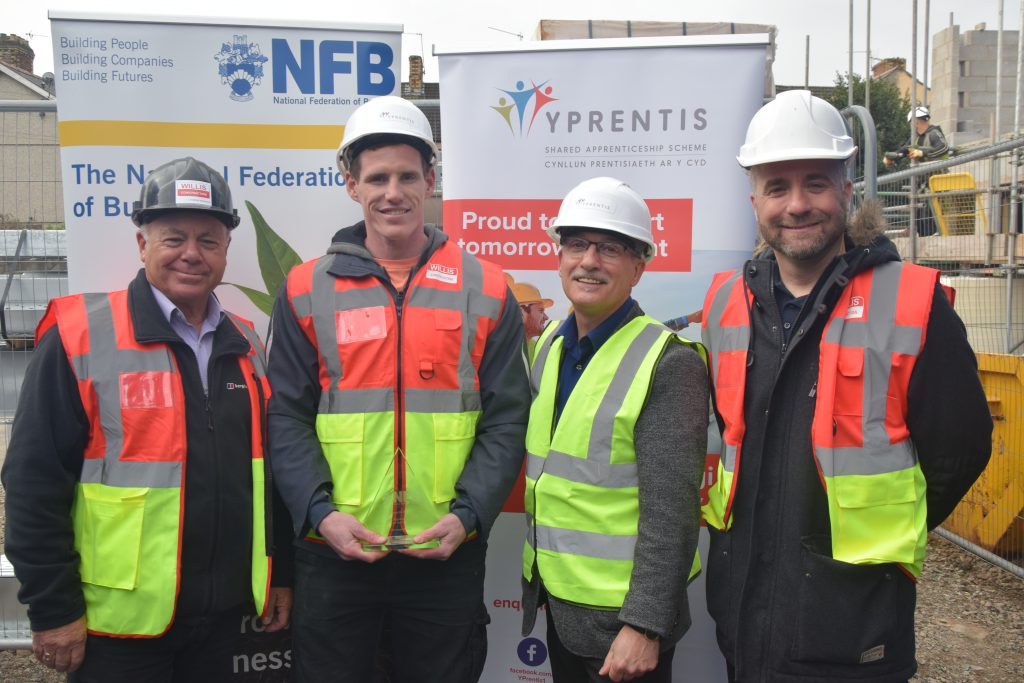 Darryl Williams, Programme Manager at Y Prentis, said: “A number of partners are involved in making our apprenticeship placements happen, so when an outstanding apprentice like Andrew makes the most of an opportunity and leaves a lasting impression on those he works with, it really does make all our work worthwhile. He thoroughly deserves this recognition and I have no doubt that he will go very far within this industry.”

The seventh annual NFB awards ceremony took place at the prestigious Belfry Hotel & Resort on Thursday 4 April. The event saw construction companies and industry figures from across the UK gather to celebrate the outstanding contributions made to the industry.

Richard Beresford, Chief Executive of the NFB, said: “The NFB Awards showcase all that is special about our industry. The entries we received this year demonstrated the breadth of skills and talent that our industry has. Huge congratulations to Andrew on his win in this prestigious awards programme. He has shown incredible dedication and will go very far with such a ‘can do’ attitude.”

The award was sponsored by the Construction Industry Training Board (CITB). Mark Whitby, Area Delivery Manager for South East Wales at CITB, said: “Congratulations to Andrew, a clearly dedicated apprentice. Apprenticeships provide a fast track route into the construction industry and with one in five employers hiring, there has never been a better time to consider an opportunity within the sector. I wish Andrew all the best in his career as I have no doubt he’ll have a successful future.” 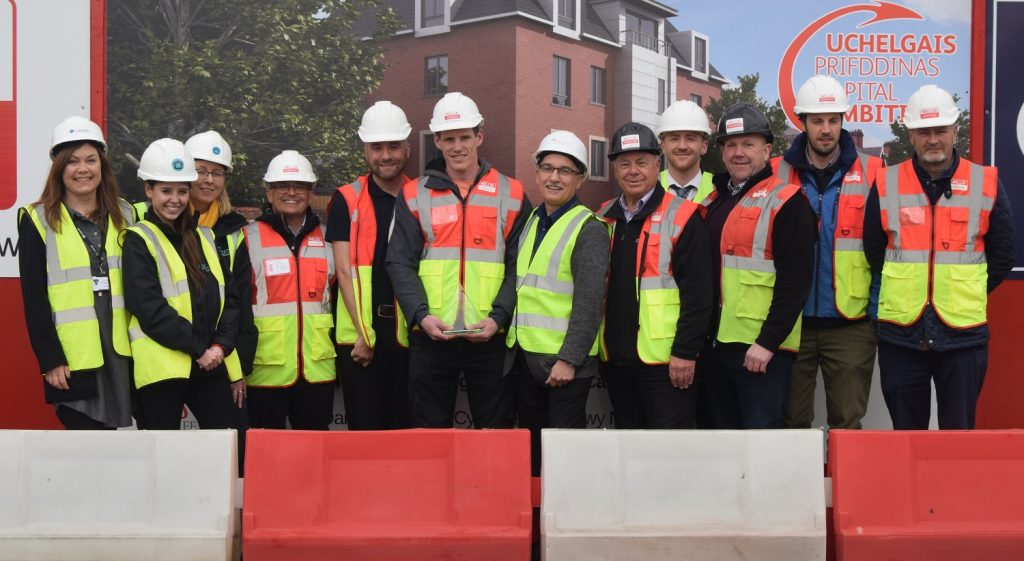 Andrew is also shortlisted for FMB Cymru’s Master Builder Awards, which you can read more about here.